Deolali has slowly but steadily been gaining the repute for being a humble abode to the hotel, Samraat, notoriously known as “Bhagur County”. This place is an epitome of palatable and succulent food. Having the culinarians from diverse sections of the country, this place delivers one of its kind delicacies originated from cities like Kolkata and Nepal which leave you nothing less than licking your fingers. The place serves a perfect intermingle of a small yet soothing diner giving the feel of being in a dhaba like place along with tooth-some, appetizing food. Nested in a small county, this place seems to be very comforting with faint, soft lights lit around the entire place making the ambience give a calm feel. The food review team of Page 3 Nashik went through the menu but decided to go with asking the chef about their specialities. He asked the team about their preferred taste and accordingly suggested the Chicken Golden Kebab which was an ideal blend of northern flavour palate with a dash of sourly lime to go with it. The other savoury dish ordered was the Black Pepper Chicken which left us captivated! The fantastic plating of the the dish just couldn’t stop us from digging in the heavenly delicacy of this place.

We were brimful already with the starters but the captain insisted us to taste their Chicken Nargish Kofta which was a brainchild of their chef from Kolkata. The creativity of the dish was a supreme delight to the eye leaving us with nothing but glee but it did not do all 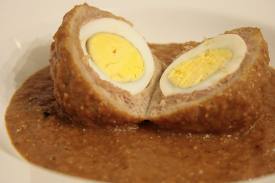 the justice to our taste buds when we tasted it. It sure wasn’t a gem among all what we tasted but did have its strong zesty flavour to it.

The star of the night was undoubtedly the Chicken Golden Kebab which we would suggest is a must try!

A comfortable, small diner, just perfect to be enjoyed with family and friends! Away from the hassle of the city, this place serves the purpose of giving you an ideal evening leaving you enchanted with the food!

I am a total easy to go with person with a peppy nature. Love to talk and shop! A quick learner. I am an aspiring columnist hoping to make some bucks in the same field.