Nashik gears up for cake making for Christmas

Come December and everyone will be busy making Christmas and New Year plans, and what better way to start the fun than gorging on delicious festive cakes in what has come to be known as the cake mixing ceremony!! It is around this time that lots of fruits and nuts are harvested to be used in the making of the traditional plum cake. Cake making for Christmas is a a fad that has caught the city like the plague. 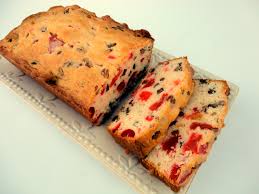 A city baker said, “Plum cakes comprise of dry fruits like raisins, black currants, prunes, glazed dates, cherries and nuts like cashews, almond, pistachio, apricots and dry grapes among others.” She further explained, “Making a cake is not as easy as it looks. A lot of preparation goes into it and mixing is only the first step.”

Though cake mixing is traditionally seen as a harvest ceremony, it has acquired a different status today. Apart from marking a busy season for bakers, it is also something that foodies look forward to. another baker, said, “The sale of cakes and other bakery items goes up tremendously during this season and we are flooded with pre-orders for themed hampers and dessert tables during the time of Christmas and New Year.”

Apart from being available in bakeries across town, plum cakes also find a way into the kitchen of homemakers. Anjali Shastri, one such homemaker, said, “I prepare a plum cake at home for Christmas. My family waits for the whole year to dig into this delicacy. Also the cake is not just a tasty mix but a high source of energy as well.” Akansha Rathi, another home-based baker, is planning to introduce flavoured cakes this time. “This time I plan to prepare strawberry and choc shot, red velvet and fruit and nut versions of the cake,” she informed.

Keeping the number of orders coming in, it wouldn’t be wrong to say that Nashikites are all set to start the festivities with some scrumptious food on their plates.

Here is one very easy recipe for you to try out! Cover the base of the greased tin with brown sugar, pressing it down evenly. Sprinkle cinnamon. Toss the apple with lemon juice and arrange neatly over sugar. Roll out the pastry dough to ½ inch thickness and cut out a circle that will fit the top of the tin. Cover apples with pastry, pressing it down gently. Place in the centre of the oven and bake for 30 min until the pastry is golden. Set aside to cool.
Once cool, loosen the tart around the edges cover with serving plate and turn it upside down. Remove paper and serve with whipped cream or Ice cream.

We almost have a month to go before Christmas comes rushing in. So lots of time to hone your baking skills. Happy baking buddies!