Nashik is all geared up to knock off Dengue 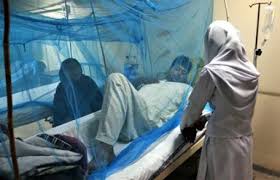 Dengue is spreading exceedingly in and out of Nashik city and some parts of Malegaon. The medical team from the city is all geared up to knock off Dengue. 75 out of 218 blood samples that were sent to Pune for analysis by health authorities have turned out to be positive. Some of which were also reported as Malaria.

Medical superintendent of Nashik Municipal Corporation (NMC), Dr. J. Z. kothari, confirmed the news of 75 blood samples that had turned out to be positive for Dengue while remaining 41 were sample awaited. He added “The NMC is fully geared up to control the spread of the disease and has employed all the resources against it”.

NMC considers the spread of this disease as a critical subject matter. The health officers are spreading the word in the public, especially among the housewives, to get their blood tested as soon as there is any symptom of fever or nausea. Hospitals from Nashik are giving the patients instantaneous treatment so that the health of the patients doesn’t worsen. Precautionary measures by NMC will ultimately lead to the stunted growth of the diseases. One of the health officers, Dr. S. A. Bukane, says that the corporation had increased fogging and spraying throughout the city, especially in the affected areas. Commenting on the precautionary measures, he says “This mosquito larvae breeds in clean stagnant water like household utensils and water behind the fridge. It should be flushed out and not allowed to accumulate. We are also holding awareness drives and cleaning up tyres strewn in the city.”  Treat this as a warning call to all the ladies working in the house. Shield your children from such diseases by keeping your surroundings clean. Cleaning up tyres strewn in the city for Dengue banishment

Deputy Director of health, Dr. B. D. Pawar said that dengue cases reported in Nashik and some pockets of Malegaon are increasing gradually, where as some isolated cases of Malaria have also been reported recently. Elsewhere in the Nashik division, which comprises of districts of Nashik, like Dhule, Jalgaon, Nandurbar and Ahmednagar, there were no such reports. People from Nashik have to be vigilant about this widespread. Alertness is what is required for the citizens of Nashik. We are fortunate enough to have medical assistance instantly by our doctors and Government hospitals. Road sweepers in Nashik are given an attention call to keep the city clean as much as they can and to use masks to avoid getting affected by the diseases.

As it was mandatory for private hospitals and doctors to report dengue patients, the NMC had started sending out notices to those who had not done so far. A majority of the cases had been reported from Nashik Road division with most patients seeking private medical assistance.  Hospitals are fully occupied with patients of dengue and malaria, so doctors are giving the patients full medical help staying at home. They just expect the patients to come to the hospitals to seize their daily dose from the hospital. 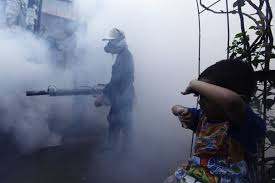 We can say Nashik is all geared up to knock off Dengue by implementing all important measures. This articulate endeavor by NMC has been productive for the citizens of Nashik and will ultimately lead to the banishment of the diseases. Keep up with the good work NMC!! Stay alert and stay safe!

Tags: Blood samples tested for DengueDengue spreads in NAshikNMC to gear up for Denguenotices sent by doctors for the prevention of denguePreventive measures for DengueTyres strewn and fogging in NAshik city for the banishment of Dengue

I have graduated as an Instrumentation Engineer. By the end of my last year, I was totally out of the box and wanted to be a business woman then. So I took up jobs in HR and Administration as a stepping stone. But destiny had crafted something else for me. So here I am writing for page 3 and hoping to strike a chord with my readers. I was always an avid reader and was always keen on writing. I am an optimist and a go-getter. I like to rely on my instincts majorly. Love to travel. Music is always on my mind. Comical and fiction stories interest me more than anything else. I hope to make a difference with my writing!!