Share on facebook
Share on google
Share on twitter
Share on linkedin
It’s such a moment of pride for Nashik as Nashik born Arvinn Gadgil brings glory to to the city. It’s been a long journey from Nashik and all the way to Norway to become it’s deputy foreign minister in April. Arvinn Gadgil, 32, listened to his heart and decided to join politics to free the world from conflicts and other .
He reminisces that when he heard the whirling sounds of fighter jets flown during the Kargil war in 1999, instead of day dreaming over what could change the situation, he decided to take things in his stride and be a change agent. He took a plunge into politics thousands of miles away in Norway. 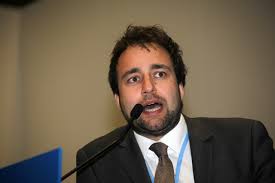 Talking to the media, he confessed that he yearned for the Maharashtrian culture and really misses Mumbai and Pune a lot though he visits the cities regularly and stays in touch with relatives and friends.

Gadgil shares his concern about hate politics and a the campaigns against outsiders in Mumbai. Although he refrained from naming any political party. He said, “It is necessary to preserve the pluralistic culture of Mumbai.”  On asked whether his ascendency in Norway has helped in improving relations with India he says, “Even though I was associated with the government in the capacity of advisor, first for environment and then with the foreign affairs ministry, India is a country which no one can afford to ignore, because of its size, economy and its regional advantage.” he also went on to say that Indian investments are growing fast in Norway.”

Page3Nashik conveys heartiest congratulations on behalf of the entire city.