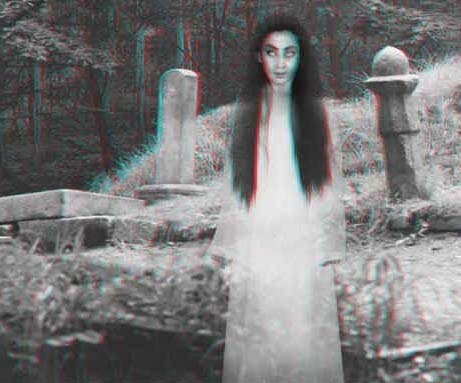 We have all been raised with ghosts in our lives. Cartoons, stories & Legends, Halloween, and deceased relatives that we wonder about. We all die so it’s part of our heritage, no matter what culture that is.

Ghosts are perhaps the most common paranormal belief in the world. Part of the reason is that belief in ghosts is part of a larger web of related paranormal beliefs, including near-death experience, life after death, and spirit communication.

The idea that the dead remain with us in spirit is an ancient one, and one that offers many people comfort; who doesn’t want to believe that our beloved but deceased family members aren’t looking out for us, or with us in our times of need?

Most people believe in ghosts because of personal experience; they have seen or sensed some unexplained presence.

India is a nation of a believer of gods, demi-gods and at the same breath, they are quick to accept that ghosts (called bhoot in Hindi), demons, witches, the possessed and the un-dead exist side by side.

Whether to believe in ghosts or not has remained a bone of contention!!. While some completely reject the theory of ghost, there are others who have their own share of Spooky stories to tell .

Page3Nashik brings you theTop3 Haunted places in Nashik. Whether these places are really haunted or not is still a mystery.

One of the place in Nashik where unusual activities have occurred is the morgue in Devlali near Temple Hill.

Most morgues are located within the hospital premises, however, this particular morgue in Devlali is at a distance from the hospital. unlike other morgues, this one looks scary too.

Whether haunted or not the morgue  Looks scary between trees and dim light at night Localities say the place is haunted and there hear shriek voices and a woman yelling in Pain at night.

A localised said sometimes the screchyyyyyyyyyy voices are so unbearable that they pierce through your ears!!!

The first mini-mall in Nashik.

In the beginning, the mall seemed to have had a good response.

Though it was doing pretty well, after a while, the mall mysteriously shut down, Rumors say that people have experienced supernatural incidences here.

No Soul dares to wander there at night, a few who dared to enter the spooky mall were found unconscious in the morning. And when how they got unconscious they had no memory of the night, However, People who stick by their disbelief in ghost and put logic over myths and stories say the mall is mortgaged with the bank since they were not able to pay their dues and hence has remained shut for years now.

3) The un-constructed building next to splendour halls - A marriage hall in the vicinity is busy all around the year. However what remains a mystery is other offices that open in this building shut down soon, within months.

This building said to be haunted as some have experienced paranormal activities there.

Some Say the have unpleasant experiences there and felt the presence of  Supernatural beings which is the reason the building has stood abandoned for years.

Some Question why this building is closed despite all building in the vicinity being occupied, there is no rationale unless people don’t want to occupy the building due to spooky stories, On the other hand, people who put fact overs beliefs say the building is said to have stopped its construction due to litigation issues.

Similar such incidents have also been witnessed at the Kasara ghat way back in 1999.

A headless witch was been noticed by a few, on the edges of the ghat. It’s been heard that during the construction of the ghat, many labourers lost their lives which has resulted in such experiences.

The ghat road has been widened and no such incidents have come out in recent times.

An old legend at Nasardi bridge Says it, people have seen a woman dressed in white sari walk late at night.

Some Say they Hear their names being called when they are walking alone but find no one when they tend to look back!!!

Whether These ghost stories are real or not is a never ending debate but if there’s good there is bad, it there is God Above maybe there is a devil too!!! We Just Say